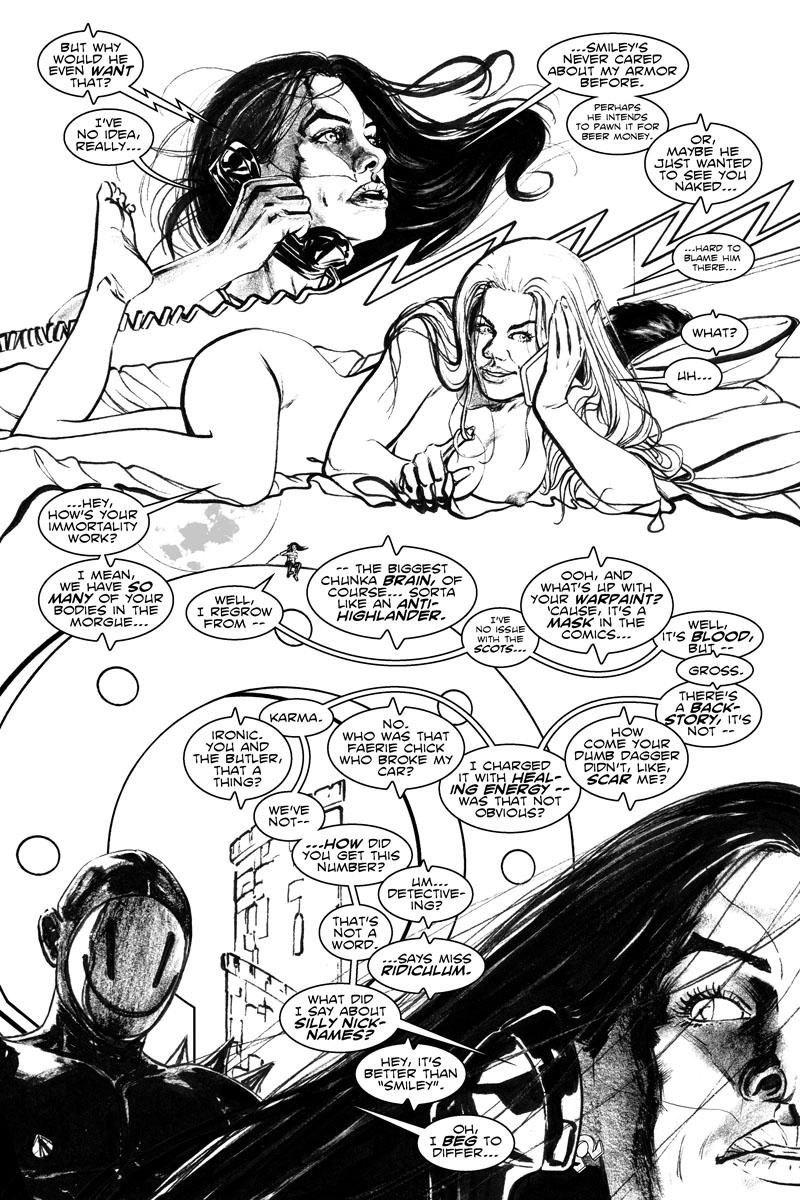 Nice page. Very intresting flow. Boobs always a plus. Is that a head on the pilow behind her?
edit delete reply
Caley Tibbittz Collopy 14th Jan 2014, 12:25 PM

I purposely pushed him to the background, even overlapping dialogue onto him to add to the effect, but that's Erica's fellow cop Nicky sleeping behind her.

Guess what they just did.

Tibbittz, finally finished reading through the first four issues and I have to say...I'm loving it! Yea your fanstastic art drew me in, but it's the story that's kept me turning the page (or clicking the button I should say). I just didn't know where it was going, and I'm saying that in a good way, I couldn't guess what was next and I love that, great writing. For someone who has gone through and is going through so much in their life you should feel extremely proud to have accomplished what you have with this comic. Subbed and looking forward to every page!
edit delete reply
Caley Tibbittz Collopy 25th Jan 2014, 9:56 PM

Anyone who pays attention to EK at all is aces in my book, but the readers, the real READERS... you guys are my favorite.

I try my best to make the art pretty, and perhaps even vaguely clear at times, but as much as I love to draw, I am a writer, a storyteller, at heart, first and foremost, a lot of commas.

I'm happy to hear this has been a twisty, turn-y ride; I worked very hard (13 full edit passes at this point, I think) to make a big stack of crazy notes all fit together, and I think that has a fun effect on the story, which is built out of all these little interlinking sequences.

Wow, can I blather.

I mean to say, thank you. Really, thank you so much for reading. Posts like yours are what keeps me going when everything else isn't enough to keep me going.

I'm happy to have storytold and entertained, and look forward to throwing more curveballs why did I say curveballs I don't even watch sports oh God someone help me...