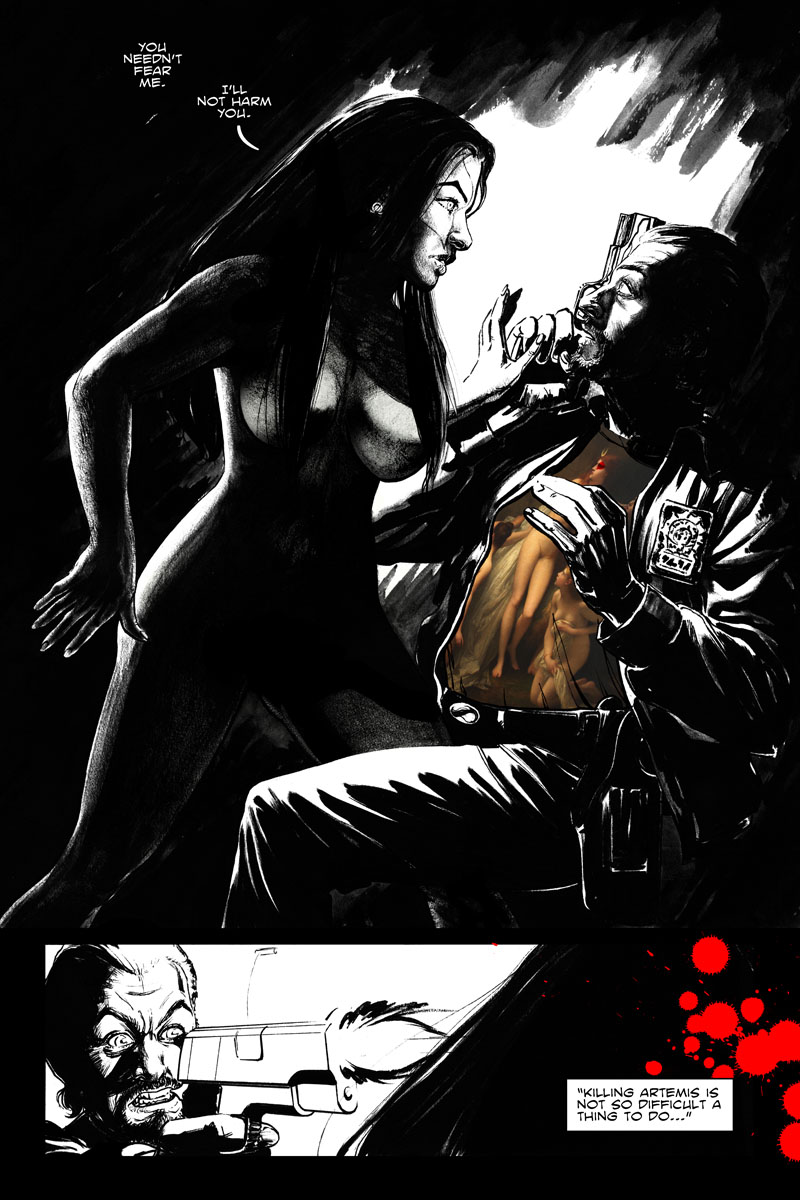 And here I was hopping Erica was going to start a 1 up contest and show more.
edit delete reply
Caley Tibbittz Collopy 30th Jun 2014, 10:27 AM

If you can hold on 'til year 5 of the storyline (which I've almost written up to, btw), Erica outflashes Kathryn in a big way. I mean, REALLY big.

NOT THAT EVERYONE LIVES THROUGH THIS STORYLINE OR ANYTHING SPOILERS.

Well, that's one way to make sure she won't harm you...
Well, for a little while, anyway.

He's lucky she's already tired from resurrecting in the bushes, otherwise she'd kill him before he gets her to the interrogation room.

...not really spoilers if you've already seen the cover for this issue.